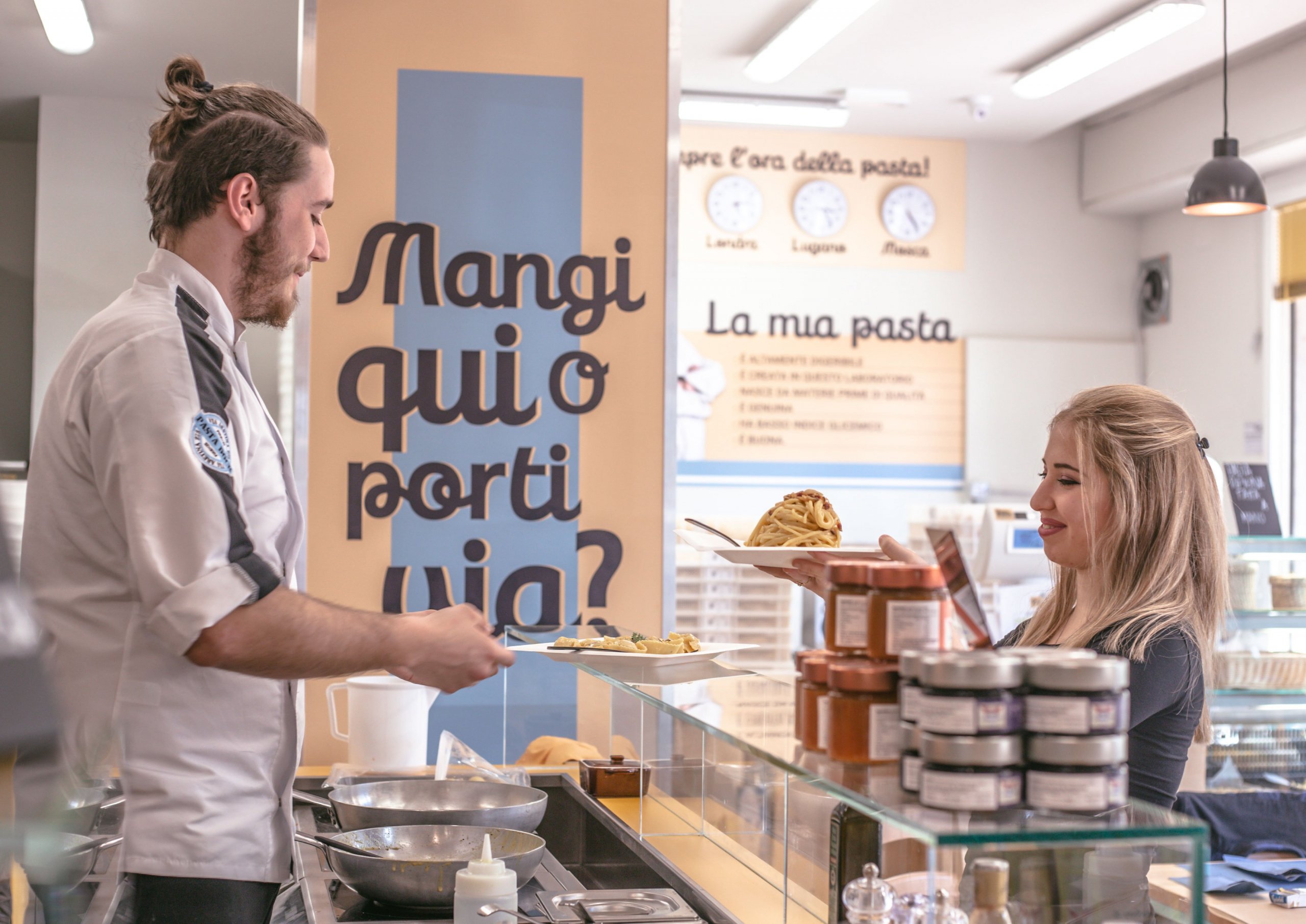 We carried out a major personal branding project for Raimondo Mendolia, master pasta-maker and trainer, which initially saw him expanding his activity as trainer on an international scale (in restaurants, schools and at events) and then opening a series of commercial businesses of his own. This involved focusing his enterprises on a specific niche area: easily digestible durum wheat Fresh Pasta. This made it possible to increase Raimondo Mendolia’s visibility via a dedicated website and major PR work, media relations and press office activities that ensured national and international coverage.

As a result, the chef opened four outlets in Florence between 2017 and 2019, which later closed during the Covid-19 pandemic.

We also managed the expansion of Raimondo’s training, consultancy and entrepreneurial activities. To that end, we developed the “La Pasta Fresca di Raimondo Mendolia” brand, which gave rise to a dedicated concept store that met with huge success at the Mercato Centrale in Florence, becoming the outlet with the highest turnover of the entire market.

In 2017, we supported Raimondo in opening his second retail outlet in the “I Gigli” mall, in Florence, followed by a third in Venice, behind the train station.

La Pasta Fresca di Raimondo Mendolia is also on the menu at Ristorante LesSeRre, on the outskirts of Florence, the only fresh pasta served at the restaurant. Raimondo also attends some of the leading trade fairs in the industry with stalls and food trucks under the same brand, where his products can also be purchased uncooked.

Most recently, the chef opened the Pasta Dock outlet again in Florence.