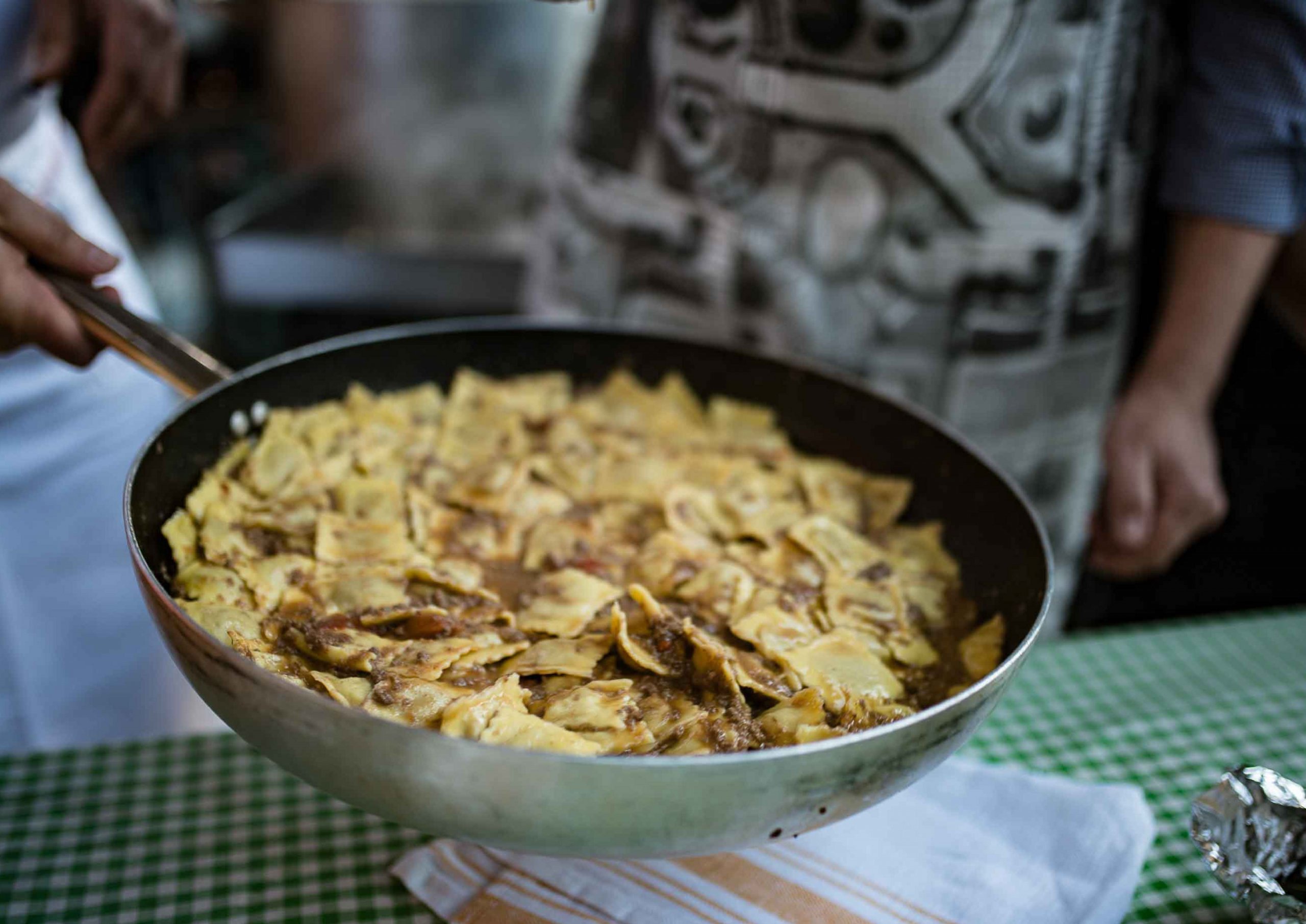 Palio dell’Agnolotto is an initiative conceived of and run by IDEA Food & Beverage for the Chicco Per Emdibir non-profit organisation, which raises funds for the Emdibir community in Ethiopia.

We were contacted by the association to come up with an initiative model that could combine charity fundraising with promoting the local area of Oltrepo’ Pavese (where the association was founded).

And so, we came up with the Palio dell’Agnolotto: a competition that sees top restaurateurs in the Oltrepo’ area go head-to-head to cook agnolotti, the area’s typical pasta dish. The competition is judged by combining the votes of a technical jury of professional tasters and journalists with the votes of members of the public, who have the opportunity to taste the agnolotti during the event.

A highlight of the initiative is the auction that takes place over the course of the evening.

All proceeds go to the Emdibir community via the Chicco per Emdibir organisation. In just a short time, the Palio dell’Agnolotto has earned a reputation as an important initiative to promote the local area and the local food industry, resulting in spin-off promotional initiatives and building a strong bond between participants.